Gene regulatory variants in metabolic and autoimmune diseases and in cancer 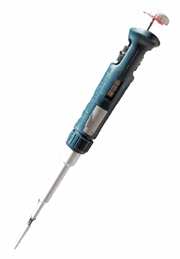 In collaboration with Kerstin Lindblad Toh, Lars Rönnblom and their groups, (UU).

Some genetic variants predispose to common diseases and we have started a process to translate this information to molecular mechanisms of disease, primarily for metabolic and autoimmune diseases. We read chromatin signals in relevant tissues to find candidate regulatory elements and test polymorphic variants in cell-based expression systems. The regulatory elements are activated by over-expression of transcription factors that bind to them or by stimulation of primary human cells.

By layering additional large-scale in-house information, we have detected thousands of SNPs that are likely to be functional. So far, we have detected >100 functional SNPs that are associated to common diseases and intermediary phenotypes and in some cases the molecules that bind differentially between alleles. We have started to assay them using a newly developed high-throughput system.

In one project, we investigate the profiles metabolites in the tissues of central importance for diabetes namely pancreatic islets, liver, muscle, fat and also in serum. We do this in all tissues from donors who have type 2 diabetes, prediabetes and who have a normal metabolism. The aim is to find new biomarkers of disease, which may aid the development of new therapies. In addition, we investigate variable gene regulatory signals in key metabolic tissues as a way to find additional variants that predispose to diabetes and related diseases.

In the cell histone molecules and 147 base pairs of DNA form nucleosomes and many of them have defined positions over genes and around gene regulatory elements. Some histones have epigenetic marks reflecting the function of the specific genomic region and we map these features at the theoretical resolution.

Cancer develops when cells acquire mutations that were not present in the person at birth. In a new project, we have started to search for mutations in regulatory elements that contribute to cancer and have a large collection of candidates. The initial experimental validation has shown the expected results. This project is likely to add a new dimension to cancer etiology.